This week we watched Asia Rising: The Next Generation of Hip Hop (2019), a documentary delving into the rise of Asian hip hop music. As the internet has gained prominence, the assimilation of cultures has been widespread (Athique and Baulch, 2019). In Asia, as more people started to use the internet to explore different genres […]

As suggested by Ellis et al (2011) this blog post is written to analyse my personal experience to understand Mongolian hip hop. I have had my initial experience of listening and watching a couple of music videos on Youtube, but has this really given me a full understanding? No. Not at all.

To really understand in an ethnographic sense the cultural significance hip hop has in Mongolia I really have to do some research into certain parts of the practice. In this blog post I will be exploring hip hop as a cultural practice, the significance of music culture in Mongolia, traditional throat singing and where that fits in and how this all ties into the cultural act of hip hop in Mongolia. By the end of this hopefully I will have more of an understanding and reflect on the possible transformative epiphanies I hope to have with this experience. Everyone else is having them, I want in on that!

What is Hip Hop?

So to begin this exploration into Mongolian hiphop one must know what the hip hop ideology is in itself and how the Mongolian society embraced it for themselves.  Hip hop has been a cultural phenomenon in countries around the world specifically in African American culture. The roots of hip hop have been in African oral traditions, passed down through slavery and then through a way of social commentary (Blanchard, 1999). The appeal that hip hop had on a society that had been in the grips of a soviet backed government called the Mongolian People’s Revolutionary Party (MPRP) was massive.
The MPRP had attempted to isolate Mongolia from the outside reaches of the west but alas, the curiosity of youth will prevail. Illegally circulated music and items piqued the youth of Mongolia’s interest and as MPRP realised, they did not have the power to stop it all together. They invested in their own brand of popular music and created bands to create their nationalistic music (Marsh, 2010). This only lasted as long as it took for technological and communications to evolve and for popular culture from the ‘West’ to seep in through media as well as influences from a struggling economic and political climate to create a window of opportunity for the young Mongolian population to move on.  Mongolian artists turned hip hop into way of exploring and announcing their societal and cultural problems and issues (Marsh, 2010). This is the essence of hip hop and Mongolian hp hop is no different, it just has a different sound and face.

The Mongolians have been known as “a people of music and poetry.” Their singing, sonorous, bold, passionate and unconstrained, is the true reflection of the temperament of the Mongolian people. (China.org.cn, n.d.)

Mongolia has a rich and deep musical history. When one thinks of Mongolia one might think of the image of a nomad perched on the top of a mountain that is sprinkled with snow, surrounded by… goats? Singing but not in the way you and I might sing. A throaty, raw and echoing call. It’s not the first thing that may come to your mind when you think of modern Mongolian music but there are those who are blending this ancient act into the new music culture.

In my ethnographic research the first and foremost group that stood out to me was Fish Symboled Stamp. They are a Mongolian hip hop group that incorporate their traditional throat singing or “Koomei” into their songs (Campbell and Singh, 2017). The undulations of the Koomei mixed with the 4/4 time stamp of heavy hip hop makes for a seriously confronting sound. But instead of just listening to their sound I know I needed to go deeper into what a Mongolian hip hop group write about, why and how it is received in Mongolia.

Mongolian hip hop artists are writing in this modern age about the cultural themes and  values that they are observing through their lives where they live. Hip hop for young Mongolian’s is a creative way to express ‘one’s self, angst and perception of life, which requires no ghetto-like background or experience” (Wallace, 2015). Here is where it gets a bit hard due to the language barrier, of how to find out what artists are writing about. As explored in Marsh’s article there have been groups that rap about women, alcohol and money and even “imitating” African American rappers, but this has not been welcomed by some in the hip hop community (Marsh, 2010). But most that have been translated by Marsh have been regarding the social and economic issues that relate to their communities and society. In history, Mongolian music is made up of songs about stories, epic tales, love and nature. Songs particularly pertaining to horses, historical events and legends (Hays, 2016). In an interview with the artists Bataar and Odsaikhan in Fish Symboled Stamp, they reveal that their lyrics are dominated by their culture including Mongolian history and legacies (Campbell and Singh, 2017).

My Epiphanies Regarding Mongolian Hip Hop

I’ve realised throughout this research whilst listening to the music I’m engaging with, that it’s more than what’s on the surface. To understand why this music style is so popular, it’s more than just the type of music. It is the content, the lyrics, the meaning, the cultural significance of using the throat singing and the context of the artists in Mongolia. I’ve realised that I am so constricted by my own language barrier that exploring into a different culture and therefore language has barred myself from fully enjoying and ‘getting’ the music. I feel like to appreciate the music, you really need to realise and understand that there is a cultural significance to the words and feelings.

But again, I realise through this research and this language setback, is that I’m so white and ‘western’. I take for granted that the music that I surround myself around usually is english based. I get the lyrics, I can sing along without getting the words wrong, I get the language and 9 times out of 10 I get the meanings.

In my auto-ethnographic exploration of the diverse and intriguing Asian hip-hop/rap culture in the blog post; Everything Asia #1: Asian Rap Music I attempted to outline my personal bias, i.e. the lens I was consuming this media from. The ultimate goal was to understand and familiarise myself with this non-dominant media artefact.

“The radical, performance (auto)ethnographer functions as a cultural critic…His [her]…[autoethnography]  becomes diagnosis, not just of him [her] self, but of a phase of history.”(Spender, 1984, p. ix) [Accessed here]

I believe my original blog post achieved my goal through Spender’s process of diagnoses of a phase of history; in this case being the emergence of this [sub]genre of Asian musical culture into the wider consciousness.

However in understanding the need for generalisability and integrity of my writing, in this post I will evaluate the following important aspects of creating an Asian autoethnography; 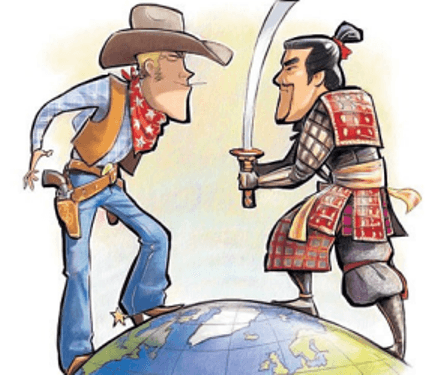 Ellis et. al (2011) place emphasis the eternal struggle of auto ethnography to appear ‘scientific whilst still being artful’. In other words; the author loses interest for the pursuit of the truth or presents an entertaining narrative with little factual basis.

I attempted to walk this line in my blog post by explaining my context in the beginning to set the tone for any possible imbalance in favour of subjective narrative. This combined with my initial skepticism formed a clearer framework to consume my writing and opinions.

As for East vs West, this is absolutely the most difficult part of this topic as the roots of Hip-Hop/Rap are embedded deeply in African-American culture since its conception in the 1980’s. An industry still heavily dominated by this demographic to examine rap as a cultural output is to examine ‘black’ culture. I made efforts to sidestep this tempting comparison by discussing the influence of U.S. imperialism and the effect it has had on all cultures particularly Asian, and not pitching modern U.S. rappers vs Asian rappers. Instead of imposing my perspective of the artists included, I simply embedded curated links for the audience to decide and explore. I did however, slip up and compared the flow of Rich Chigga’s “Glow like dat” to Cleveland rapper; Kid Cudi, an epiphany which I would welcome genuine disagreement on. Instead of allowing the East vs West comparisons to alienate listeners, I took the angle which asserts that many Asian rappers will struggle to break western markets into dominant media channels unless they alter their sound towards the current norm.

So what about orientalism?

Edward Said  understood the concept of orientalism to be that ‘Middle Eastern and Asian cultures are undeveloped and static societies compared to the west. Implicit in this fabrication, writes Said, is the idea that Western society is developed, rational, flexible, and superior.’

Thus, to have the slightest sense of orientalism in one’s writing, involves the comparison of the east to a culturally-imperialist west. Although there is passing comment made in the initial blog it is hard to see even a faint sense of cultural inferiority/superiority.

I am glad I chose to research and represent this topic in my blog as I have now been listening to more and more of this music and am beginning to realise just how easily this cultural output transcends language barriers, i am hooked on the artistic fusion of many of the artists introduced to me by the 88rising record label.

**All references are in the form of hyperlinks**

Choices of countries to compare:

Tumblr post – We will all contribute to and build a tumblr post that combines images, videos and links to relevant sources with our research and analysis. Our posts will attempt to highlight what distinguishes hip-hop from each country and makes it unique.

Each member should conduct their own research to answer these questions, and others that may arise, in relation to their assigned country.

Any relevant sources and ideas should be communicated via tumblr throughout the four weeks, not just at the end, so the final product reflects a cumulative process.

The group will meet up to develop our presentation. This will mean deciding on the most salient features of the research, talk about what we expected to discover from the research and whether these expectations differed from the outcome, how the results from each country differed and how we can tie in all the results to present to the class.