Asian people are generally considered as timid and shy in Western culture. In American culture, there’s a general idea that an innie must be a geek or a nerd. But as an Asian, I know that Asian are much more open than people may think. So I looked into it in three regions: South Asia, East Asia and Southeast Asia.

25 years ago, there came a phenomenon called “Japanese comics”, or “manga”, all started with “Doraemon”. (For the first time,) Vietnamese people were introduced to the modern kind of comics printed as the form of a book, which differentiates the traditional comics, which were stories with pictorial illustration printed on magazines and teen newspapers.

My mom told me not to read too much or to like comics when I was little.

14 years ago, I read that a modern comic for the first time, but it’s not until now that I see why it was a phenomenon. Never have I been a fan of comics, but I couldn’t resist the attractiveness of the series.

I started with the 1973 version. I’m not sure it was me not finding the right ones or it is really like that, only pictures with subtitles, like you’re reading coloured manga without having to turn…

Where do I begin?

To tell the story of how great that… Oh, forget it.

Okay, how should I start?

I wanted to do this auto-ethnographic practice with the view of an outsider, like most of my fellows. But the fact that I was born and raised on Asia, I grew up being exposed to the variety of Asian cultures (well, actually not much for not-affected-by-Buddhism-and-Confucianism countries). However, that’s what makes my research different, so I decided to stick to Oriental culture.

The Vietnamese 1990s kids grew up witnessing the explosion of the Korean Wave (Hallyu), from the birth until now. I am not a huge fan of Korean pop culture, as then I was too busy watching Hannah Montana and High School Musical, but I can easily point out the milestones of Hallyu without thinking, from the early season-themed tetralogy “Endless Love” to BoA, from DBSK to Big Bang…

Since my first year, I have been asked to express my understanding and observation of an issue or a culture through blogging and responding to fellows’ blog posts, while reflecting to my own experiences. In many cases, my background as a person growing up in Asia gave me a wider view on the issue as well as the ability to compare the issue in different culture. In DIGC330, we live tweet our experiences with the movie base on our cultural backgrounds during the screenings. END_OF_DOCUMENT_TOKEN_TO_BE_REPLACED

This is not so related but please tell me if I’m wrong. The few things pop up in my head when a Westerner mentions Asia media are Kpop and anime. Godzilla the original, for me, was a blast. Growing up, Japanese film in my mind were purely about Pokemon, Doraemon, Inuyasha, Ghibli anime and teen romance. Most of them are around very personal stories, around thoughts and emotions of a single person or a small group of people. In shorts, they’re more of drama, and they strongly reflect Japanese culture.

Hardly could I think such a blockbuster came from Japan. I’m not a huge fan of monster movies, because you can always tell the plot without watching the whole movie. The last monster movie I saw was Jaws, which was truly entertaining, but nothing much in the message. But don’t get me wrong, it has always been a nice movie for me.

Watching Godzilla for the first time yesterday (I haven’t seen any Godzilla movie before), I expected something dramatic but still kawaii. It turned out to be really Western. The theme music strongly reminded me of Jaws, the old kind of music used in old thriller movies that still causing rapid heartbeat. The monster, which is said to has traditionally been portrayed by an actor wearing latex costume, look more like a metallic dinosaur to me, since its moves looked so much like the shark in Jaws. Besides, watching an old school blockbuster without CGI is such a fresh feeling. Though it looked like children toy, the film was strangely gravitative. However, it was the message that most audiences were interested in, or at least in DIGC310 class. It was not a message like “With great power comes great responsibility” or a metaphor for a country’s or the power of human, it related directly to war and consequences of it, specifically, the nuclear tragedy happened to Japanese people in Hiroshima and Nagasaki almost 10 years ago. More interestingly, the strongest reference to the WWII in my opinion is, the skin texture of the reptilian was inspired by the keloid scars seen on survivors in Hiroshima.

Those images suddenly brings me back to thousands of kids who are the victims of Agent Orange released during the Vietnam War. The Vietnam War has become history for over 40 years, toxic legacy of Agent Orange lives on. Many of them weren’t born during the war, but they are the descendants of the veterans, or worse, born and raised in the contaminated land. War may be over, but the fear and the scars it left, stays, and it doesn’t only hurt those who eye-witnessed it but also the younger generations. 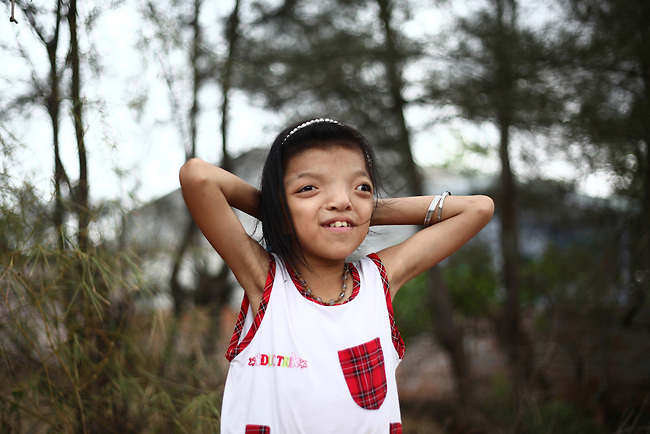