When I was speaking about this the response from my friend Minh was a disappointed  “White man advises fellow white men on entry level supermarket snacks.”

So here it is.

Throughout my life there have been a few experiences where I’ve just thought, “Damn, I’m very white”.  Now that’s not to say that there’s anything wrong with that, there are some situations where you can feel a little out of place.  Preparing for this digital artefact was one of those times.

It was after work on a Monday night, the city was bustling; suits on their way home, others doing their shopping.  I was making my way downtown, walking fast, faces passed en route to Citi Super, the Asian grocers at Town Hall.  I go there often, so it’s not an unfamiliar place but that doesn’t stop it from being somewhat intimidating.  I didn’t grow up with much of the…

While this is something that is supposed to be about a new Asian experience, I have to admit that instant noodles are an old and familiar friend.  I wouldn’t say I’m an expert in the area by any stretch, but I have consumed a good few bowls in my day.  If the last post was supposed to be purely experience based – documenting epiphanies with the cultural product, than this post will hopefully provide some context.

In last week’s blog I wrote about my encounter with ‘Shin Ramyun’, the kind of gold standard for instant noodles in the Korean/ Japanese style (and the best for breakfast according to this post).  They were great!  Everything you would want in a quick and easy snack; affordability, accessibility, little preparation, and of course they are bloody tasty. 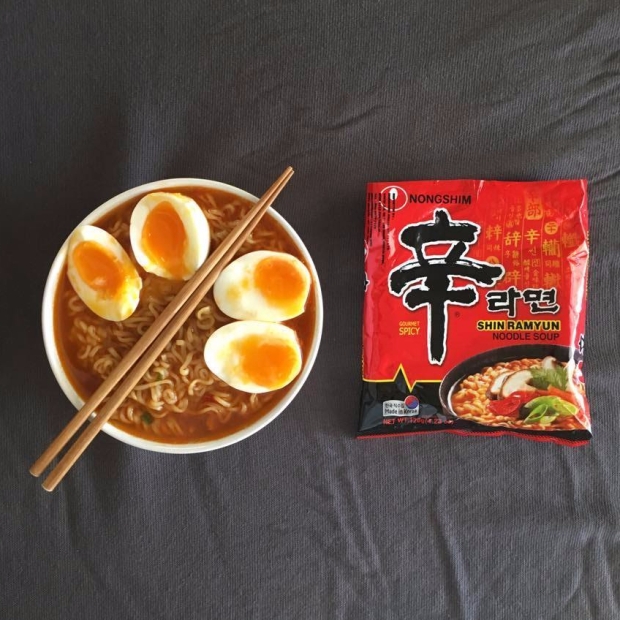 I have to admit I did a good bit of flip-flopping around about my digital artefact.  At the beginning of the semester I thought I knew what I wanted to look at; the way that Japan more or less stole aspects of American culture to make it their own (Denim/ Workwear, Cuisine, Jazz… etc.).  It was a matter that I had looked into in previous subjects, but the more I considered the assignment at hand the more I knew I needed to move towards a different topic.

That brought me to the humble instant noodles.

Noodles… Asia… Great, how very original.  I get it, it doesn’t seem like a massive leap towards any real cultural experience or immersion, but I think in some ways that’s the point I’m trying to make.  A true Asian experience (at least culinary) doesn’t have to be this far reaching thing, but is readily available.

When Chris first mentioned ‘autoethnography’ I was immediately taken back to subjects like SOC326 and BCM240 where I had first learnt about the concept and attempted to put it into practice.  The reading for this week was Ellis, Adams & Bochner’s 2011 ‘Autoethnography: An Overview, and it was quite the… overview.

Throughout university the idea of keeping one’s own thoughts separate from their work has been the norm.  Research the topic, present the facts.  That’s been the formula for academic study.  For areas like physics and engineering it works.  They’re number heavy and there is a right and a wrong, with little room for the interpretation and feeling of the writer.  But the social sciences are different, they’re nuanced, dealing with humanity and its many facets.  It’s qualitative rather than quantitative, and that’s why autoethnography has really flourished in this field.

As the name suggests, autoethnography is the attempt to study culture through the author’s personal experiences.  Not only does this lead to a more personal experience, but it engages readers as it offers a little extra to the usually black and white nature of other forms of research.  It places great emphasis on and “accommodates subjectivity, emotionality, and the researcher’s influence on research, rather than hiding from these matters or assuming they don’t exist” (Ellis et al, 2011).

I had never really interacted with Asian cultures much until after high school, so it’s great to be able to experience, investigate and attempt to understand them through this subject.  I want my research to be evocative, to have feeling for me and stir something in whoever reads it, and that’s why I feel like autoethnography is the soundest method for this exploration.

As for the final project/ digital artefact for this subjects I think I will be looking at the land of the rising sun.  While probably the most obvious choice considering we have looked at Gojira (1954) and Akira (1988), but it is the culture with which I have always been most intrigued.  The area of Japanese culture that I’ll be looking at is a kind of different.  As a sort of continuation of work I had done in SOC326 I want to look at the way that Japan became infatuated with and the subsequent pastiche remixing of all things Americana in the post-war period. 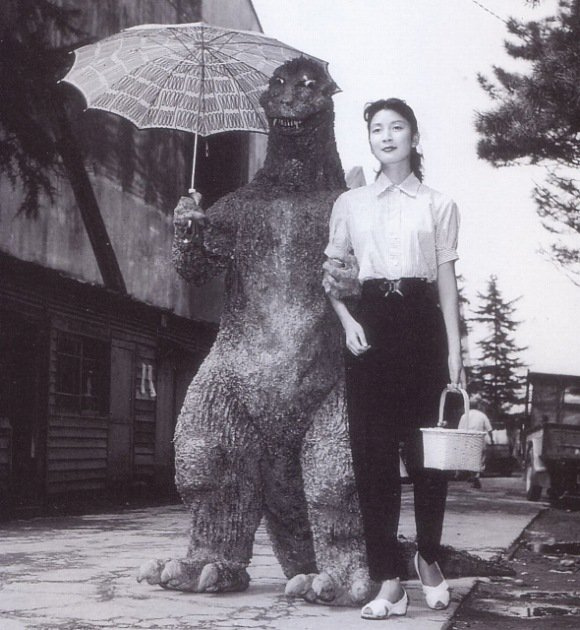 Last Thursday must have been one of the more interesting opening tutorials I’ve experienced.  It was nostalgic.  I can vividly remember seeing Hollywood productions of the same black and white era being played around midday every weekend.  Watching a monster film instead of the usual “Hi, I’m blah-blah-blah and I like blah-blah-blah” was definitely a nice change.  While I knew about the Kaiju genre of Japanese films, I had never properly sat down to watch an original.

From the outside, you could be forgiven for thinking that ‘Gojira’ is a movie without much substance.  People awaken monster, monster destroys stuff, people come together to destroy monster.  I had never given these films much thought either.  Perhaps that’s because so many of the Kaiju-esque films that Hollywood produces follow this same trope without much in the way of themes or worthwhile story.

But ‘Gojira’ needs to be viewed differently; understanding its context is important.  With ‘Gorjia’ releasing in 1954, it’s hard not to realise just how politically and culturally important the film is for Japan.  Godzilla represents nuclear holocaust, with his attacks being a reflection on the atomic bombings of Hiroshima and Nagasaki at the end of World War II.

Reflecting on my own context and media consumption experience, it has always been the “communists” or in more recent times those from Middle Eastern origins who have been portrayed as the antagonists in films we see in the west.  It must also be said that they are far less subtly villainised on the that the US was in ‘Gojira’.

My consumption of Japanese media is usually limited to food or fashion, so being able to view the important cultural roots of Japanese cinema was excellent.

‘Gorjia’ has really given birth to global genre, and one of the more interesting offshoots is that of North Korea’s 1985 film ‘Pulgasari’.  Why is it interesting?  Well that’s because Kim Jong-il had the man hailed as “South Korea’s Spielberg” kidnapped in 1978 to help make North Korea a film making powerhouse. Sufficed to say the plan didn’t work very well, but it made for a cult hit in the western world.