What’s interesting to note with this game is how minimal the storyline is. Most RPG games coming out from Japan such as Final Fantasy are known for it’s in-depth and emotional storyline with characters that add to the plot. But with Dark Souls the focus of the story is hardly present if only just in the back of the player’s mind. I know it sounds terrible but the storyline is actually not even important in this game, what you truly remember from this game is the atmosphere and the experience of the game.

I think the minimal storyline and character development worked really well for a game because it adds a sense of mystery to your experience. You aren’t given an in-game map so your sense of direction is based solely on gut feelings and the environment. And to add to that, the environment and enemies of the game always…

Dark Souls was unlike any other Japanese game to be had in the current market as it disregarded traditional JRPG elements for a more grounded western action. The game is essentially a Japanese rendition of modern western games, but it manages to still be different and offer a unique experience to the consumer.

When you’re playing this game, you need to be prepared to know that you’ll be spending a fair amount of time staring at the words ‘YOU DIED’. It is so often that you will eventually run out of energy to even respond to what just happened. Some games may offer you to decrease the difficulty but in Dark Souls there is no difficulty setting in place.

The game is particularly difficult in that even the smallest mistakes come at a painful cost. The ‘dying’ that you do so much is in fact a game mechanic that basically…

In recent weeks I had a thought about what pieces of Asian media I had consumed to pursue as a research topic and it almost slipped my mind that just a couple months ago I played ‘Dark Souls’, an action-RPG game developed in Japan. The reason being is that it was nothing like popular Japanese games at all.

If I had to describe the setting of this game, I would say it runs along the lines of a world of dungeons and dragons. Completely different from Asian culture, the medieval fantasy theme placed you in a world filled with popular western folklore such as gargoyles, stone knights, imps, and countless other creatures with a sole purpose to kill you over and over and over…

You most likely have heard through the grapevine that Dark Souls is one of the hardest video games out there and by god, you heard right…

The Godzilla film experience has been an interesting and thought provoking topic for our auto-ethnographic study. The whole idea of analysing cultural experience through film opened a different line of view for me as well as simply enjoying it for the film as it is. Like I said earlier, I had my doubts on watching a film over 60 years old but it’s hard not to be enthralled by the film’s powerful message.

One of the reasons why I think Godzilla has been a significant icon in Japanese culture is because of it’s representation. The film captured a period in time, the cultural setting of nuclear warfare and violence. The film is still so great today because it aims to evoke emotions out of you as a viewer. This was the where week we critically analysed our initial blog posts as a group and were able to bounce ideas off each other. It was clear that we each had different interests and wrote about what stood out most to us. Some of us wrote about the certain film techniques used whilst some wrote about the subtitle/language connection and it was an interesting process of comparing our views of the film that sparked ideas for further research.

Personally music is often a point of interest, but for this film I was really drawn towards the nuclear warfare setting and how they represented Godzilla as a symbol of nuclear destruction. I thought about how events of the second world war period may have influenced the film. The impressions I had made me think about what attitudes the Japanese public may have had towards the H-bomb, and whether or not they resented the U.S. military for…

I think it’s worth mentioning that I have an Asian background. I was raised in Malaysia until we migrated here when I was 10 and as such, I felt a fitting moral duty to take up a class on the ethnographic study of Digital Asia. So now that I’ve needlessly introduced myself, let’s get stuck into our first weekly topic of discussion. 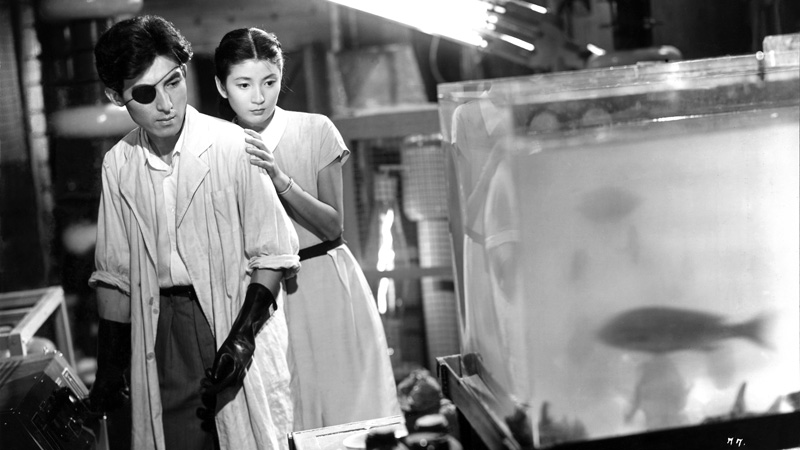 We kicked things off rather smoothly with a screening of the 1954 Japanese original ‘Godzilla’. while It may seem unorthodox to start a semester with a movie, I felt it really set the tone for digital asian culture, especially with such an iconic film.

Now watching a foreign film often requires you to pay attention to detail, as you’re reading the subtitles you’re also translating their body language and tone of emotion. As I was watching the film, what stood out to me was their foreign culture. Japanese ethics such…