Would you ever have a physical relationship with a robot?
Could you ever fall in love with artificial intelligence?

The idea of a future that allows individuals sole reliance upon technology and artificial programs to achieve emotional and physical pleasure is a certain future with successful business ventures throughout the globe. Scholars predict this to culminate our society by 2050.

A common response from Western Culture

This inherent fear or disgust towards this type technology has been noted to stem from The Uncanny Valley Theory which suggests that humanoid objects which virtually resemble an authentic human but not quite, create uncanny, strangely recognisable feelings of distaste or creepiness to the individual. (Mori, M. 1970),

The notion of a robotic lover is divisive as it opposes societal normalities. The reception of this technological movement contrasts immensely across cultures. The fact that I had the audacity to ask you that question may cause offence within some individuals however this topic is something that has been readily accepted within Asian cultures, specifically Japan.

At the beginning of my research into this area of society, I was shocked and at the popularity and overall acceptance of this technology within Asian society as it does challenge my personal moral values of what genuine human relationships are.

It is important to understand the schools of thought when it comes to researching this topic. The idea of utilising robotic technologies for sexual pleasure, emotional attachment to an artificial technology and finally a combination of both within advanced technology. 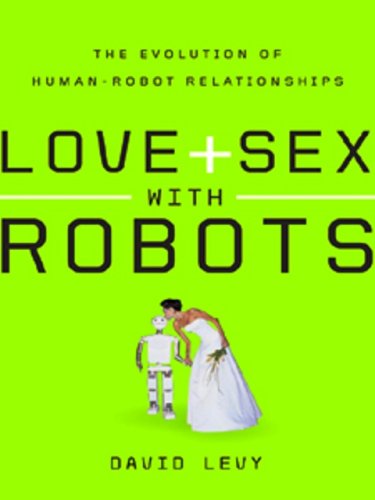 Dr David Levy, A British academic published a book called ‘Love + Sex with Robots’ indicated reasons for why people would want a robotic lover. He investigated the notion of technophilia, preferring a robot purely on the basis it is a robot and finally because of the idea individuals can feel publically isolated which in turn leading to a robot being the ideal option to that of a human. (Levy 2007, 127 – 159). Levy also makes the point of we already pay for sexual pleasures through prostitution, therefore “This indicates that those who consider having sex with robots should have no qualms on the basis of the robot’s presumed lack of affection for them” (Levy 2007).

Researchers and roboticists have come up with many implementations of robot companions like sex robots, emotional robots, humanoid robots, and artificial intelligence systems that can simulate human emotions. Boden notes a range of technologies and artificial companions available or are being developed, Boden notes the most significant is “the realistic simulation of emotion by an artificial system” (Boden 2006,1094). An example of this type of technology, is Azuma Hikari, an artificial system developed by Japanese company Gatebox. Azuma is a holographic projected within a cylindrical tube and is programmed to be a replicate to that of a wife, possessing the role of an intimate companion. Through communication with the user, Hikari learns and tailors her responses to create the desired experience for the user.