In the “Modern Life and Other Nonsense” section of the Penguin Book of Japanese Short Stories (2018), Jay Rubin has curated a wonderful, though small, collection of what is labelled in Japan’s literary theory as “popular literature” (Shaw 1935, p. 292). Marking the fourth turning points in the country’s literary timeline—the nineteenth century (Sanderson & Kato 1939, p. 211), these stories offer a refreshed view of the rich and diverse literary landscape of Japan.

Throughout the project, I took on a combination of a layered account and reflexive autoethnography approach, which has allowed me to not only synthesise my experience and further research into meaningful findings (Ellis et al. 2011) but also to treat my experience as an intrinsic part of the research (Anderson 2006, p. 385) to make observations on how I myself have changed as a result of doing all this fieldwork (Ellis et al. 2011). 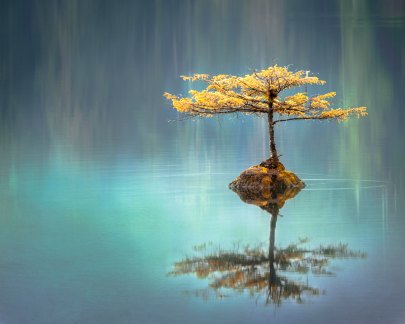 (Photo by Faye Cornish on Unsplash)

With the above in mind, I was able to, firstly—from my reactions to the content of the pieces and the techniques employed by authors—form a more well-rounded understanding of literature and particularly short stories as a cultural medium of Japan, and secondly, realise how my perspective in doing autoethnographic has partly been ethnocentric—subconsciously maintaining an us-vs-them mindset (Jackson 2014, p. 160) and, with such tunnel vision, assuming that other cultures are vastly different from mine, and that the East must be a total contrast to the West—even in literature. This epiphany is proof that I have successfully applied critical reflexivity in my autoethnographic research, examining both the micro (my specific topic) and the macro (the methodology) (Denzin 2003, p. 269), and that I have allowed myself to be subjective yet be mindful of this subjectivity (Wall 2008, p. 41), and to see the changes in my own attitudes as an indirect outcome of the study.

In reading these stories and doing further research on amusing or intriguing observations, I have noted two main themes: loneliness in urban life and the representation of time in Japanese literature. Stories wherein young males are the protagonists illustrates the first theme most clearly—in contemporary Japan, urban existentialism is deeply enmeshed (Lee 2014, Frenz 2012) and even among the elderly, loneliness has become a kind of plague, leaving many dying alone, undiscovered for long periods of time, their solitude a result of the far-reaching in socio-economic changes in post-war Japan (Onishi 2017, Prosser 2018). The second theme is apparent in both the content and the literary techniques, with time and space depicted with ambiguity as an allusion to a cultural identity that was becoming harder to grasp (Morton & Hutchinson 2016, pp. 13-17); this ambiguity gives way to more emphasis on nuanced observations and details rather than climaxes and chronology often found in Western literature in the same period (Rimer 1988, p. 14). This deviation from solid plots and storylines was also a pleasant surprise to me when I first read the stories.

(Photo by João Silas on Unsplash)

Despite the steady rise in Japan’s exportation of cultural products (e.g. manga, anime, and music) since the 80s and 90s (Moore 2018) as a powerful soft power (Kelts 2018), Japanese literature as both an art form and cultural products has not achieved equal attention—the Murakami effect being the one exception (Kelts 2018, Snyder 2017). By automatically associating Japanese literature with Murakami—although he most certainly deserves the public acclaims—we, unfortunately, neglect an immensely rich reservoir of other works spanning decades and centuries, most of which have difficulty being disseminated due to a lack of demand (Snyder 2017). What’s more, while the global cultural flows have been disseminating anime and manga and J-pop at an astounding rate (Moore 2018), to do the same with literature is not as feasible a task, since nuances in the original language would usually get lost in translation—even Murakami, who can speak and write English with great sensitivity, admits that reading his own work in English could be “disappointing” (Kelts 2013). The linguistic differences between Japanese and English means that “the best of translations often constitute a brilliant paraphrase” (Rimer 1988, pp. 11-12).

To borrow the beautiful words of author Anne Morgan, who in 2012 took up the challenge of reading a book from every country in a world within that year (TED Radio Hour 2018):

Only when we read books by other people at the centre of their own universe, do we realise how flawed the universe we centre ourselves at can be. …

Suddenly, it’s as if someone has switched on a light, and all these invisible bookshelves that’s been hidden in the dark lit up.