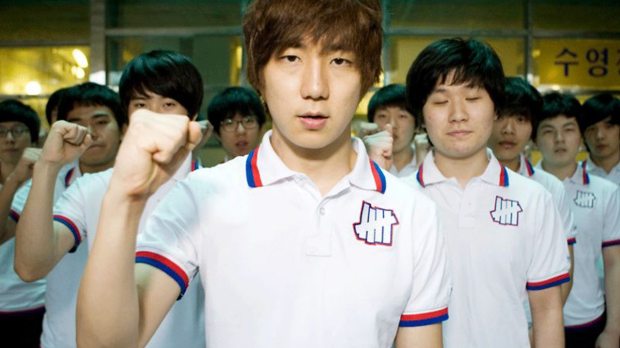 Growing up I loved video games. My PlayStation didn’t have a memory card that worked very well so my brother and I became particularly skilled at completing games in one day (except Chicken Run because that shit was hard). We thought we were pretty skilled right up until the point we went to one of our family friend’s house. When we got there we lost every round of Tekken 3 and it was shocking. Take that insular, naïve point of view away and give it a broader context and you get the exact same feeling when watching State of Play. I didn’t grow up in the most technologically prominent family, my father is a tradie and my mother is an English teacher, so over the years my interactions with video games and advanced technology have been limited, though my interest in them has not been. I was an avid watcher of Good Game (RIP), an ABC television show showcasing and reviewing video games and video game related news, and know people who game competitively so before my viewing of State of Play I was aware of the intensity of gaming competitions in South Korea and of the small fortunes some of these gamers were earning. However, what I was unaware of was the extremely young ages the gamers were starting from.

At the age of 16 I was figuring out what romance was, going to parties and getting picked on for my Dumbo ears (grew into them its ok). It would have been inconceivable to me at such a young age to do something on that level and if I’m being honest, there is a high likelihood it could have broken me, in multiple ways. The amount of stress and intense pressure these young gamers are placed under would break many people and I think when it truly reaches other cultures, such as the USA or England, where composure is not valued so highly, it could do some real mental damage. The dizzying highs of this world could also make re-adapting into the real world after much more difficult, much like what happens to Olympic athletes who retire from their sport extremely young, like gymnasts. In a culture that may be less resilient than South Korea, ex professional gamers could end up feeling unfulfilled and depressed about their lifestyle but the age of their mid-twenties, an age when most people are beginning to find what they want to do in life.