Picking up where I left off, in the midst of virtually touring North Korea, I think I have decided upon where my autoethnographic research will lead to for my final research digital artefact. Autoethnography is, essentially, when the researcher throws themselves into a cultural field, experiencing the oddities and nuances alike. And upon experiencing these foreign, but otherwise “everyday” events, looking back to within one’s self and understanding why such events have stood out. To explore my research through such a process I am thinking of writing a short online fiction piece. The narrative is still not entirely decided upon, however I am thinking of a plot that’s loosely based around the idea of a character being absorbed through a virtual reality headset and placed into the actual world of the 360 North Korea video I am basing my research around. From here the character experiences the unfolding events. I am considering embedding live tweets from my research as thoughts, or learnings that the character experiences. This would be slightly interactive as the readers could click on research links through embedded tweets(form of references/further readings).

So, in order to create this interactive online digital story, I must begin my research.

To do so, I am going to delve into some of the following things that stood out to me, in the hope of understanding North Korean culture through the cultural framework of my own life. Through this research it will be interesting to consider how my experience of the video changes. This investigation should then hopefully inform how I will convey my research through my interactive digital piece. Looking at my previous observations, I want to focus in on a few core aspects:

Furthermore, there are a few other curiosities I am interested in exploring:

As the civilians in the 360 video walked the streets, waited for trains, and even visited “tourism destinations”, I noticed they weren’t doing something almost everyone does in my day to day life. As they moved through the streets and waited in the metro, absolutely no one was scrolling through feeds on their phone, something of a complete obsession within the culture I am familiar with. The strangeness, and perhaps more importantly, the significance of this cultural variation was emphasised in the narrators final lines.

The notorious censorship of the North Korean internet is just one facet of this so called “closing off” of the country. But in understanding this isolation, I am, as an autoethnographer, able to better understand the 360 video at hand and thus the North Korean country. Interestingly, North Korea’s main Domain Name System (DNS) server was recently leaked revealing that there are only 28 websites on North Korea’s public internet. Now, when I say public, I mean this limited amount of websites can be viewed by the outside world and tourists. There is an internal intranet used by officials and government in North Korea, which would be a whole new type of interesting, but there is a lot of significance in seeing the limited extent of the public internet. For starters, many of the websites are propaganda in its simplest form, one site show casing the Supreme Leaders activities, such as visiting farms full of bountiful fruit. In this case, these sites are most likely meant to be viewed by the outside world. 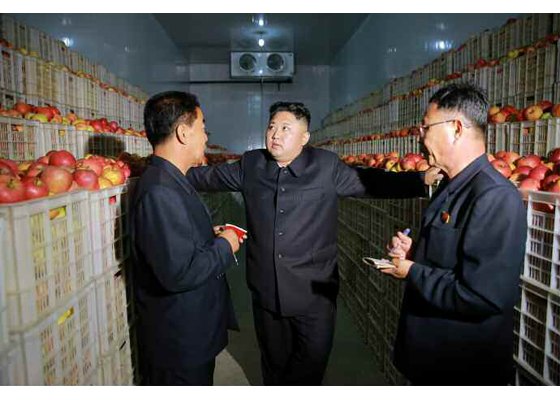 Most of these sites are extremely “pre-dated”. Looking at the North Korean internet is like taking a step back to the beginning of the internet. They are slow to load, and when they do, you are presented with an unsophisticated site that may not have been updated for a long time. Yet in a way, this brings a kind of authenticity to my North Korean experience.

A few of these sites bring me back to one of my early observations in the tourism of North Korea. The idea of North Korea as a holiday destination is one that seems completely insane to me. The places I have holidayed in, be it western countries such as America or Asian countries such as Thailand, for the most part where safe and allowed for tourists to do what they wanted. This form of freedom and adventure in a foreign place is what I understand as the idea of a holiday. However, there is practically no freedom to tourists visiting North Korea. You cannot leave your hotel room without government official “guides”. While most western visitors recounts of travelling in North Korea are positive, saying “the only way DPRK tourism is not safe, in my opinion, is for tourists who plan on participating in any civil disobedience”, Enright, a travel writer who wrote about her trip on her blog, Borders of Adventure, said she was constantly aware of breaking the rules and the possible punishment this entailed. “You can’t say to your guides, ‘Hey did you know that during the war the North bombed the South and not the other way around?’” She goes on to explain that telling her North Korean guides the truth about the rest of the world would have put not only herself but the guides in immense danger if she were overheard. In discovering this bleak way of tourism, there is obviously a definite reason you are escorted around the country by The Supreme Leaders Henchmen “guides” on specific, structured tours.

I feel these strict circumstances around tourism and the isolation placed on North Korea are both pointing to what the Supreme Leaders dictatorship is trying to achieve and continue to maintain, a unified hive mind of solidarity. North Korea’s foreign minister Ri Su-yong told reporters at a UN climate change conference earlier this year that “The real source of power in our country isn’t nuclear weapons or any other military means, but the single-minded unity of the people and the leader. This power of unity we have is the real source of power that leads our country into victory.”

Living in a country where freedom of speech is a somewhat protected right, it seems bizarre that the government of North Korea is promoting single-mindedness. Furthermore, that’s an interesting sentiment when the country literally parades massive nuclear weapons through the capital city in celebration of the 70th anniversary of The Workers Party.

What I have found through my research is that North Korea is ultimately an oppressed society with limited freedoms. However, in a way this only adds to the culture of which as an autoethnographer I have begun exploring. As Ellis (2011) explains, “When researchers do ethnography, they study a culture’s relational practices, common values and beliefs, and shared experiences for the purpose of helping insiders (cultural members) and outsiders (cultural strangers) better understand the culture. These practices, values and beliefs (which I have merely scraped the surface of) vary from mine own with such a vast difference that when I view the 360 video now, the entire context has changed.