My opening post on Kava was based on perceptions both personal and societal with minimal investigation. This post is almost completely research based. So what is Kava?

‘Kava is a depressant drug, which means it slows down the messages travelling between the brain and the body. Kava is made from the root or stump of the kava (Piper methysticum) shrub.’ – Dr Edward, Global Healing Centre.

To follow up on my personal interest of the Fijian beverage, I’ll be undertaking a cultural study of how the drink impacts the country’s lifestyle. When attending my brother’s wedding in Fiji, I’ll speak with locals and gather information from the region to assist in unpacking how this iconic drink fits into their society. 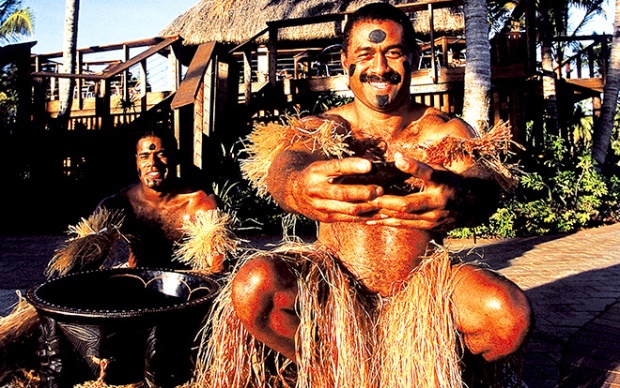 Since my initial interest was sparked, I’ve had time to gather information and reassess my approach to the study. Initially my attention came from the side effects of Kava itself and the reasons why it is such a popular beverage in Fiji. This interest certainly still exists, however I’m becoming more fixated on the role it plays in Fijian society and how it impacts the local’s lifestyle and way of living.

My opening blog post proposed seven questions and beliefs surrounding Kava. After engaging in further research into the topic, I’ve come up with a few answers.

Q) The general belief is that Kava is said to contain a very high alcoholic content, so how strong is it?

A) Kava contains NO ALCOHOL! This was news to me. It is however a depressant like alcohol. It is classified as a ‘psychoactive beverage’ made purely from shrub native to Fiji. There are many different strands of Kava creations that have there own profile ranging from sleepy to numb to relaxed.

Q) Another conception of Kava is that it can act in the same way a psychedelic drug would in that it can impact the brain causing an individual to hallucinate. Is this fact or fiction?

A) Kava is not a psychedelic drug in any way and will not give you warped visions that allow you to see different things. The common perception of this derives from the fact that there are hallucinogenic beverages like Kava such as Ayuhuasca that are often confused to be Kava. This confusion has led to the misconception.

Q) Are its origins entirely Fijian?

A) Kava dates back at least 3000 years. While it is prevalent in Fiji, its creation isn’t entirely claimed by the country. The piper methysticum shrub that is used to create it is found across the Pacific Islands and the beverage itself is drunk in places such as Tonga, Hawaii, Vanuatu and Polynesia.

Q) The belief is that the beverage is consumed by all ages, is this true? If its alcohol content is as strong as it is said to be, this raises further questions.

A) As previously mentioned, Kava doesn’t contain alcohol. The age limit, if any, of drinkers was difficult to find therefore I’ll ask locals when arriving in the country.

Q) Why is it acceptable to consume alcohol at a young age in Fiji and why does this differ from Australia’s attitudes towards drinking restrictions?

A) As per previous answer.

Q) Most Australians seem to be aware that Kava is a mixture of water and natural plantation, so how is it made and what are its exact ingredients?

A) Kava comes from the root of the Yaqona shrub. The shrub is used in multiple ways ranging from strained, crushed, grounded or powdered with water into a very big wooden bowl. It is as simple as it sounds.

Q) Another myth suggests that the drinking frequency and strength of Kava contributes somewhat to the laid back attitude of the country. A big claim, but does it hold any logistical truth?

A) Another question that will need plenty of clarification from locals. However, its regular consumption at all times of the day and relaxed, sleepy impact on an individual suggests it may contribute. The fact it isn’t as strong as previously believed to be suggests it couldn’t contribute to a prominent portion of local’s everyday attitudes to any massive degree.

Following up on my initial perceptions of the Fijian beverage I’ve become aware of the huge revelation that it doesn’t contain alcohol and I’ve also come to realise Kava is a VERY traditional and cultural element in Fijian society. The locals engage in ceremonies using the drink as a symbol and method of creating relationships and strong bonds between each other. The ceremonies centring around Kava have rich histories dating back centuries. I’ll aim to attend one of these ceremonies when in the country.

Another area I’ll research that is of new information is that it has many uses including medicinal, sedation, diuretic, muscle relaxant among many others.

Extending on my now base layer of knowledge on Kava I’ll look to further delve into its role in Fijian society. This will be aided by photographs, videos and hopefully audio interviews obtained from the locals.