“The concept and method called auto-ethnography is an attempt at practicing this self-reflexivity by having a closer look at one’s own longings and belongings, with the familiarity that—when viewed from a distance—it can change one’s perspective considerably.” Christiane Kraft Alsop (2002) looks at this idea that reflecting on personal experiences in relation to new experiences of culture and how this can change ones perception. At the time when watching the film my reactions were confused and a little frustrated, as I wasn’t connecting with the content (as I knew zip about e-sports), however as the film went on I was forced to locate elements of the film I found interesting. The experience changed and became more enjoyable and I was intrigued with the lives that these gamers lived. This world was so far from my own and I think the fact that I was confused by it is what made it intriguing. In this post ill be Looking back at my first blog post from a distance and using my analysis to achieve better understanding of Korean e-sports culture.

Context is a major element to interpretation and had significant impact on the way I analysed the film. The viewing environment being that i was in a class studying digital Asia content and knowing that after watching the film I would have to write an autoethnographic blog on it. I’m almost positive that if I watched it outside of this subject I wouldn’t of had as much of an open mind towards it.

In terms of looking at my personal past culture impacting the process of understanding State of play, my lack of prior knowledge or interest in e-sports is why I analysed the documentary the way I had, focusing on relationships and the fandom surrounding the players rather than the gaming itself. 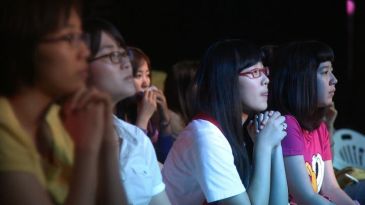 In my first blog an element that interested me was the fan girl culture. I made assumptions that for them it was all about their crush on the players, feeding into gender stereotypes made about the female fans. An article written from the point of view of a fan girl explores the relationship a fan girl has with the sport and with the players. She describes the struggles of being a fan and the gender stereotypes present. They are perceived as merely girls with crushes having little to no knowledge of the game. The way she talks about the players and the relationship they share is interesting, it’s not their level of hotness or what they wear “It is someone who recognizes the same dream as the person they are cheering for and walks together in that person’s journey”

E-sports and those who compete in the games to many are still not considered as ‘real’ athletes, a thought I definitely had prior and even post watching the film. The BBC wrote an article interviewing Lee Young-ho a member of one of the top e-sports teams. During the interview lee revealed a large scar on his arm from an operation he had undergone as a result of gaming “Repetitive strain had injured Mr Lee’s muscles, deforming them and making surgery the only option to save his illustrious career.”

As I was reading the article I was shocked along side the reporter that gamers were destroying their bodies for just a game, however this is me again making assumptions as, if it was any other sport I would not be surprised.

After doing my research on e-sports in Korea it has become clear to me that this world is much bigger and more complex then at first glance. An article by The New York Times discusses how e-sports is now apart of mainstream entertainment “Couples going to game clubs is about as common as couples going to the movies” Chung also evaluates how it is thanks to Korea that e-sports has reached this level of mainstream acceptance “Other countries took years to catch up and are to this date trying to mimic some of their successes.” We may look at e-sports and gaming culture as weird now but really Korea is just ahead of the game and in a few years this culture will be even more common than dogs riding skate boards. 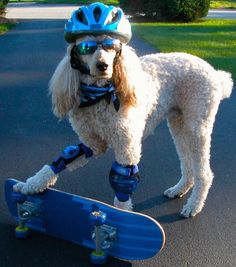