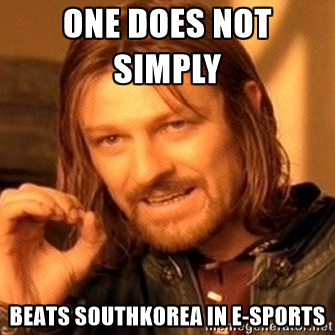 I am defiantly not a gamer, nor do I know very much about gaming so the documentary state of play showed an entirely new world to me. At first I thought here we go this is going to be real boring. However the film didn’t so much focus on the game but the emotions, relationships and different roles the culture of StarCraft impacted. Ellis describes autoethnography as analysing ones own personal experiences to understand cultural experiences, it “allows writers to make events engaging and emotionally rich.” this methodology embraces the fact that it is impossible to be completely subjective when writing about another’s culture. Which I think is a really interesting that the reader upfront is informed of the probable bias in the writing.

My lack of knowledge about the world of e-sports and StarCraft influenced the way I viewed the film. When looking at my personal experience of being a non-gamer its no surprise that that element of the documentary didn’t really resonate with me and I chose almost subconsciously to concentrate on the emotional and relationship elements.

Another element that really fascinated me was the lack of female players and the role that the fan girls played. The way the fan girls behaved was something that was interesting I thought that they were all very polite for fan girls. When the game finished they all stood around waiting to give there gifts and either congratulate or console their crush. Comparing that to for example when Justin Bieber came to Australia, his fan girls went insane some even being sent to hospital for injuries sustained from being crushed in the mosh frantically trying to just touch the Biebs, there was no politely waiting in line.

Below are some dot points of my thoughts while watching the film.