While searching for Japanese ghost videos on YouTube I came across the above show. It seems to be a sort of reality TV show where they get people to watch a series of viral ghost videos and get their reactions. I’m unsure of the name of the show or of its popularity, but it’s existence and over 2 million YouTube views give some evidence to the pervasiveness of the horror genre in Japanese popular culture.

The Ghost videos are all edited or faked, some significantly better than others, but still give off a creepy vibe followed by a good jump scare. Once the clip has played the show plays an instant replay of the jump scare but still with live footage of the people watching, seeing their horror intensify as they are forced to watch the scare again.

After watching about 15 minutes of the show and understanding none of the Japanese being spoken I was a bit lost on the purpose or context of the show. I trawled the comments for some sort of insight and saw one user mention Closed Captions. I then realised that YouTube had Closed Captions available for the video, albeit in Japanese. Luckily Google has integrated all of its services so it can instantly translate the Japanese subtitles into plain English for me… re-watching one of the clips (at 9:40) the only context it gave me was “Damage due to High Crude Oil prices also a profound…” JUMPSCARE! so that didn’t really help my understanding at all. Even further into the video I’m great with this translation 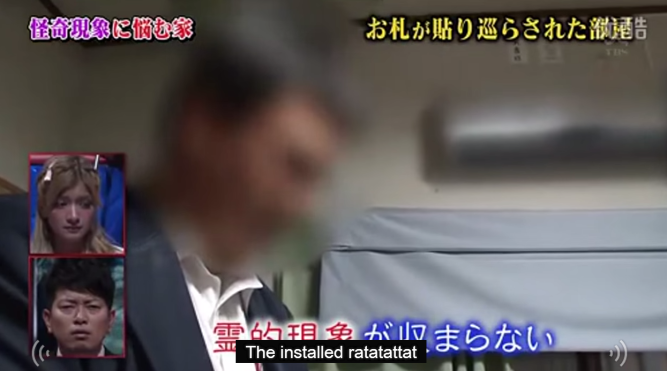 Which again gives me no context or understanding. Just an urge to make this

This week I was trying to look at viral Japanese ghost videos as a peripheral media and potentially look at the digital stories they told. Instead I was left struggling with translation and laughing at horrible subtitles, let’s call that a success.