For weeks and weeks I have been tirelessly searching for a research focus (previous statement may or may not be true). When I first thought about the words ‘Digital Asia’ I was expecting to tap into some kind of inner well… full of innovative and fresh ideas on the tech-happenings of the futuristic and far off ‘Orient’ (I understand I am using this term very generally/sarcastically). However the more I tried to link the ‘Digital’ with ‘Asia’ the more lost and confused I became. T’was then I realised; maybe I should just take the ‘Digital’ out of ‘Asia’ instead. Presto. That narrows it down. So here we are, the North Korean Internet… what’s the go with that?

Well, it seems North Korea has found a controlled and authoritarian answer to that ‘freewheeling’ Internet of ours. It’s called ‘Kwangmyong’, or ‘Bright’ and its users can now chat and email as they please (be careful what you say though because it is all monitored). When I think of ‘censorship’ I think of things that cannot be seen online, what has been taken away, or is missing. In North Korea’s case the censorship is reflected in what you can see. The Central Scientific and Technological Information Agency (CSTIA) have developed this ‘North Korea only’ network, not to keep its population informed, but rather to broadcast the official ideology and strengthen the technical skills of those who work for the ‘fatherland’. So, as of this week I will begin researching the censorship placed over North Koreas digital 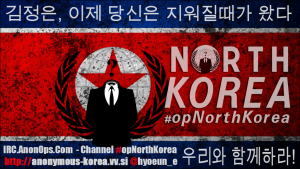 technologies (Anonymous recently claimed it hacked into the Bright network), what this means for its users, and how these heavy regulations are patrolled as well as where North Korea is headed technologically. But for now, don’t you want to hear about the North-Korean Internets biggest star?

I am sure you can guess, and I am not even trying to be funny here, its Kim Jong-un (+ his Kim Jong predecessors a.k.a papa and grandpapa). But seriously, North Korea is probably one of the hardest places to tweet from. I mean a list of their A-listers includes diplomats, ambassadors, anyone who has won an Olympic medal representing North Korea, religious leaders and military leaders.

So, all that really leaves me with is this tumblr page of Kim Jong-un looking at things.